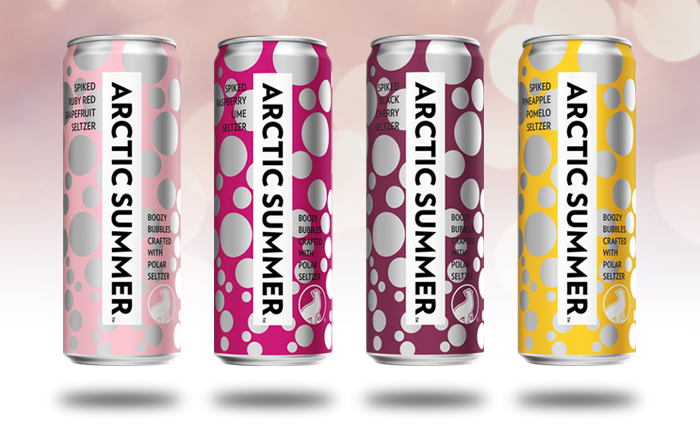 Speaking to Brewbound, Kenary said the new venture marks the first time a beer company has teamed up with a non-alcoholic seltzer brand for the creation of spiked offerings.

“We had an opportunity to work with the leading seltzer brand in our market,” he said. “We are using their flavors in these seltzers, and they will be more highly carbonated – something that Polar is known for.”

Made with 100 percent cane sugar, the four flavors – which will be sold in 6-packs and variety 12-packs — will check in at 5 percent ABV. Flavored with “the same essences that Polar uses in its non-alcoholic products,” they will contain 110 calories and just 1 gram of sugar, Kenary said.

The alcoholic base liquid will be produced at Harpoon’s facility in Boston, and then transported to Polar’s facility in Worcester, where it will be carbonated and flavored, he added.

“I think the world of the Crowley family and the way they run their business,” Kenary, who is originally from Worcester, said of Polar’s ownership. “We were honored that they wanted to do this with us.”

The introduction of the new Arctic Summer line marks the second time that Harpoon has partnered with Polar. Last May, the two companies collaborated on a UFO wheat beer “brewed with the essence of Polar Seltzer’ade Blueberry Lemonade.”

But even as that project came to life, Kenary said the hard seltzer category still wasn’t something Harpoon was interested in expanding into.

“We are beer people to our bones,” he said. “But we started paying closer attention to the space about two years ago when all of a sudden our kids and friends were talking about hard seltzer and bringing it to parties.”

Kenary said Harpoon, which worried about brand loyalty within the segment, would not have entered the hard seltzer market without its partnership with Polar, which grew sales of its non-alcoholic seltzers 15.6 percent last year, according to market research firm IRI.

“There is an opportunity for branding, and it is going to be about flavor and story,” he said. “We believe people will give it a shot because they really like Polar, and that is what will allow us to be successful.”